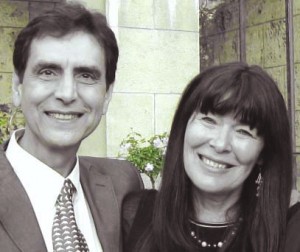 She did further trainings in Osteopathy and Visceral Osteopathy in France. For decades, she practiced Qi Gong and meditation, in particular the Daoist and Buddhist approaches. Her particular interest in human psychology led her to the study of a variety of psychotherapeutic methods such as re-birthing, de-hypnotherapy and trans-personal psychotherapy. Inspired by these Eastern and Western methods, she has created her own personal brand of working with patients that she has named “Psycho-energetics”.

Solange Montakab was the co-founder of the Academy of Chinese Healing Arts and co-author of “Acupuncture for Insomnia” as well as “Chinese Medicine Revisited” in which she shares her insights and experience in an inspiring chapter “The cultivation of the Mind”.

She is the co-author of “Chinese Medicine Revisited” (2015) and  “Acupuncture for treating the Hidden Roots of Disease / The mind and the emotions in Chinese Medicine” (2020). This last topic has become extremely popular, and the subject of a series of webinars in which Solange demonstrates the practical application of the techniques.

Currently she practices Chinese Medicine in her private practice in Savièse.

Hamid Montakab – graduated from the Medical School of Paris and further did his residency in surgery and Gynaecology. He concurrently completed a degree program in Acupuncture at the AFA School in Paris, after which he spent four months in intensive training at the Men Wa and ISA schools in Hong Kong. He then spent some time exploring the Traditional medicines in the Philippines and India, where he also practiced combining TCM with Allopathic medicine.

Between 1980-85 Hamid practiced in America, obtaining the Oregon Acupuncture Board and the National Acupuncture Board (NCCA). Later, he completed trainings in Chinese Herbal Medicine, Osteopathy and Visceral Osteopathy in Europe. Since 1985 he has been practicing and lecturing in Switzerland, France and Germany.

Dr. Montakab was commissioned by the Swiss National Science Foundation to conduct a scientific research study on Acupuncture and Insomnia. He has also done a smaller study on Acupuncture in Atopic Dermatitis at the Geneva University Hospital. Dr. Montakab was the co-founder of the Swiss Professional Organisation for TCM (SBO-TCM) and it’s president from 1995 till 2000.

With his wife Solange, they founded the Academy of Chinese Healing Arts in Switzerland in 1986. With his background in Eastern and Western medical practices, and his exposure to the practice of Chinese Medicine in Europe, China and America, he brings his students the combined sum of his experiences in the field of Traditional as well as Classical Chinese Medicine.

Dr. Montakab is the author of “Treatment of Acute ankle sprains with Acupuncture” (1977 thesis); compilation of “The Diagnostic chart in TCM” (1978); “Pulse Diagnosis in Chinese Medicine (1980); Acupuncture & Insomnia (1990 study); co-author of “Stresskrankheiten” (Elsevier 2006) and Behandlung von Sclafstörungen” (VMS 2015)  His more recent books: “Acupuncture for Insomnia; Sleep and dreams in Chinese medicine” (Thieme, 2012) and “Acupuncture Point and Channel Energetics; Bridging the Gap” (Kiener 2014), together with its revised 2nd edition (Homaya/ Kindle 2019) have been received with great acclaim. His latest text-book “Chinese Medicine Revisited” (2015) covers the fundamentals of Chinese medicine and is intended for students as well as practitioners of TCM. This book has been re-edited on amazon (2018) and has been translated in two foreign languages. “Acupuncture for Headaches, Eyes and ENT Pathologies” (Singing Dragon 2019) is has been commented as being very practical and clinically useful. Finally, his last book, “Acupuncture for treating the Hidden Roots of Disease / The mind and the emotions in Chinese Medicine”  (Homaya/ Kindle 2020) written with the collaboration of his wife Solange has become extremely popular and is the topic of a series of webinars.

He currently lives in Savièse- Switzerland and lectures internationally.